Pisco is an achievable climb for anyone who is well acclimatized and fit and is a suitable climb for novice climbers and also is a demanding climb for experienced climbers. Most of the way is not steep and not technical.
There sometimes can be shortPisco Este (Eastern Pisco) is frequented, is a perfect peak to climb both for skilled mountaineers and novices. In facts its Normal Route on South-West ridge is frequently climbed in reason of its moderate / easy and its beauty and it is also very popular amongst climbers to acclimatize for over 6000m or more technical ascents.Moreover, the 360 degree summit views over the Cordillera Blanca are a must: besides the Huandoys, the impressive Chacraraju to the East, Chopicalqui, Pirámide de Garcilaso, Artesonraju and Alpamayo to the North; Huascarán to the South. Just a curiosity: the peak took its name from the typical Peruvian liqueur, called “Pisco” from the homonymous town, consumed after the ascent to celebrate.

Note: If you have more time this program we can combine with other high peaks


Day 01: Lima – Huaraz – Hotel
Transfer to the bus terminal for the 8 to 9 hours bus journey to Huaraz, set in the heart of the Cordillera Blanca. Transfer to your hotel.

Day 03: Huaraz – Cebollapampa – Base Camp 4,500m.
Leaving Huaraz you will head north to the small town of Yungay at the foot of the Quebrada Llanganuco. Entering the Quebrada you will continue heading east into the mountains to the wide and pastoral valley between Huascarán on the south and Huandoy on the north. Go up to pisco base camp aprox. 3 hours

Day 04: Base Camp – Moraine Camp
After breakfast, in the Pisco Base Camp we climb up for 3 hours to Pisco Moraine Camp at 4800m. ready for next climbing day

Day 05: Morain Camp – Summit – Basecamp
Your summit climb of Pisco follows the occasionally narrow West Ridge. Snow and a little ice leads directly to the top. Pisco is well known for its incredible views, and with strategic view points there will be many opportunites for photographs. The close proximity of the neighbouring peaks of Huandoy and Chacraraju are astonishing. Return to Base Camp. From the Base Camp,.

Day 06: Camp Base – Cebollapampa – Huaraz – Hotel
After breakfast, we going to go down to cebollapampa place where our private transport will be waiting for us then return to Huaraz. ( celebration dinner )

Peru is known for having very stable periods of weather during the Andean Winter (May – Aug). The remainder of the season is dominated by the rainy season.

While climbing and trekking in Cordillera Blanca you will encounter a wide range of temperatures; from freezing nights, to snowy and windy conditions, to bright sunshine intensified by the high altitude. In one day you may experience temperatures below zero, then daytime highs of 50-70ºF range with intense solar radiation. You will need everything from shorts and a t-shirt for your time in the town of Huaraz to being fully clothed in down expedition jackets on summit day. This wide fluctuation in temperatures makes it important to bring everything on the equipment list. 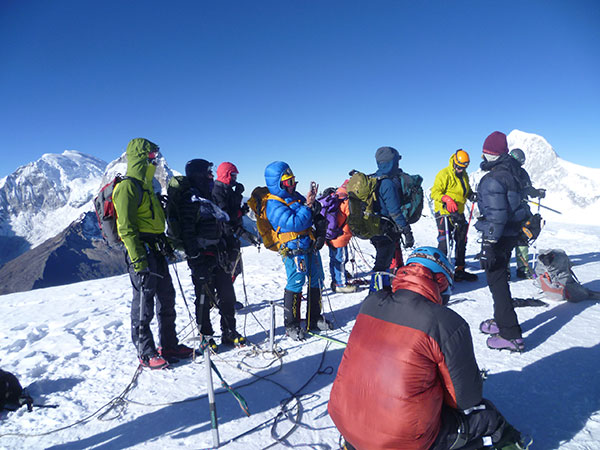 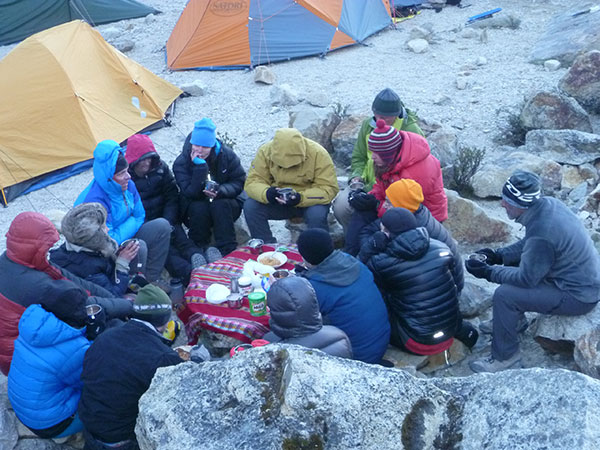 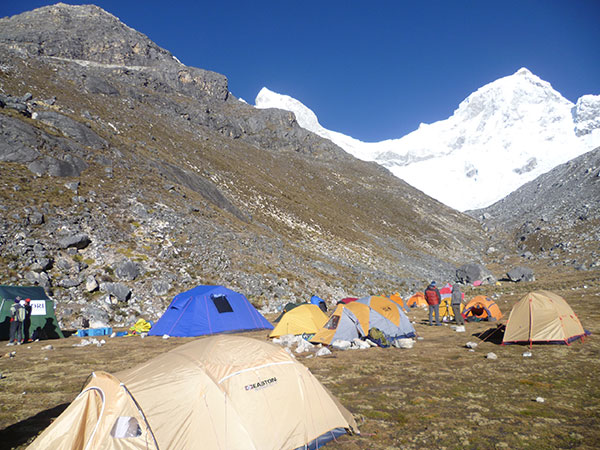 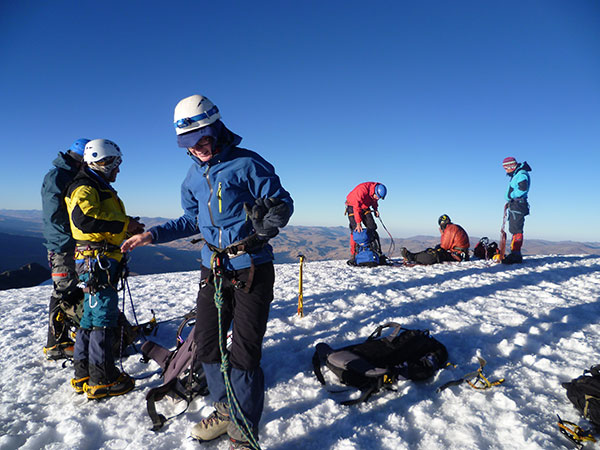