Alpamayo (19,512 feet/5,947 meters)
The Cordillera Blanca is a mountain range in Peru. It is part of the larger Andes range and includes 50 peaks over 5500 m (18,040 feet) tall in an area 13 miles wide and 112 miles long. The highest mountain in Peru, Huascarán (6768 m), is located here. Huascarán National Park, established in 1975, encompasses almost the entire range of the Cordillera Blanca.

In 1966, the Alpamayo mountain was declared "the most beautiful mountain in the world" by the United Nations Educational, Scientific and Cultural Organization (UNESCO).

Snow melt from the Cordillera Blanca has provided Peru with its year-round water supplies, while 80% of Peru's power comes from hydroelectricity. With global warming, the area of permanent ice pack shrank by about a third between the 1970s and 2006

Day B: Acclimatisation day (tour to Churup Lake 4,450)
Acclimatisation day, with the option to make the 5- 6 hours round trip towards a viewpoint to Laguna Churup (4450m), for views of Cordillera Blanca the impressive peaks. Hostal.

Day 01: Drive from Huaraz 3,090m. to Cashapampa 2,900m.
( 2 hours ) passing by the city carhuaz 2,650m. , Yungay 2,530m. the old city was completely destroyed by an earthquake and enormous rock and mud avalanche on May 31,1970. from the new city one can see the full majesty of Mt.Huascaran ,the highest peak in the Peruvian andes at 6768 meters. Caraz 2,250m. is the starting point to get to Cashapampa the famous walk through the santa cruz valley and for alpamayo climbing then our gear is loaded on to the donkeys and we climb good path 4 hours to llamacorral camp at 3,700m.

Day 03: Alpamayo base camp – Moraine Camp 4,800m.
We climb up to moraine camp. the donkeys can not come this way you need carry your personal gear ,climbing gear, clothes and sleeping bag and .3 Hours.

Day 04: Moraine camp – High Camp 5,400 m.( glacier)
We leave climb about 15 minutes on moraine until we reach the glacier where we put on crampons and rope up there can be some steeper sections which we would help you with aprox, 4 hours to high camp.

Day 06: Alpamayo High Camp – Alpamayo Base Camp
return In the morning after breakfast we will return to base camp.

Day 07: Alpamayo Base Camp – Cashapampa – huaraz – hotel
By the same way we will walk down to cashapampa 6 hours

Peru is known for having very stable periods of weather during the Andean Winter (May – Aug). The remainder of the season is dominated by the rainy season.

While climbing and trekking in Cordillera Blanca you will encounter a wide range of temperatures; from freezing nights, to snowy and windy conditions, to bright sunshine intensified by the high altitude. In one day you may experience temperatures below zero, then daytime highs of 50-70ºF range with intense solar radiation. You will need everything from shorts and a t-shirt for your time in the town of Huaraz to being fully clothed in down expedition jackets on summit day. This wide fluctuation in temperatures makes it important to bring everything on the equipment list. 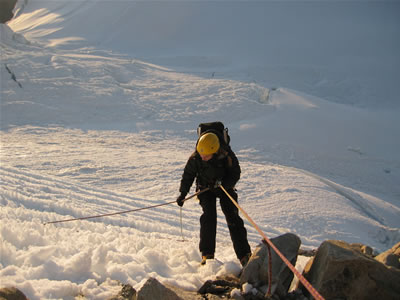 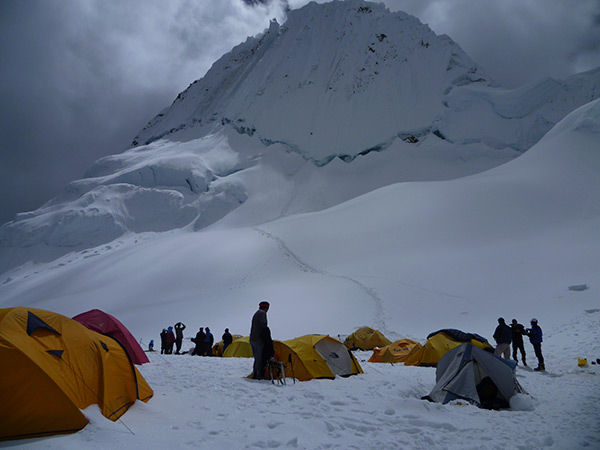 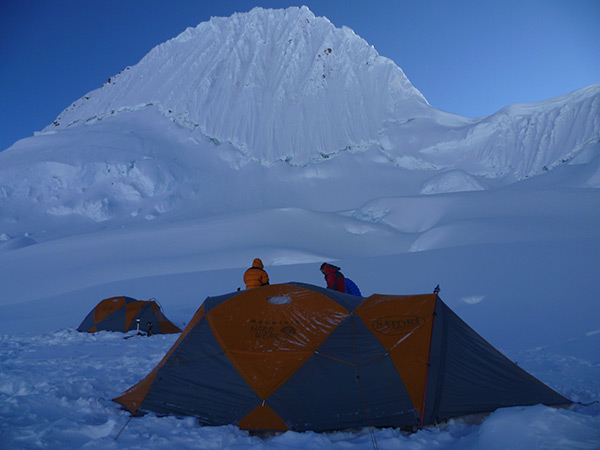 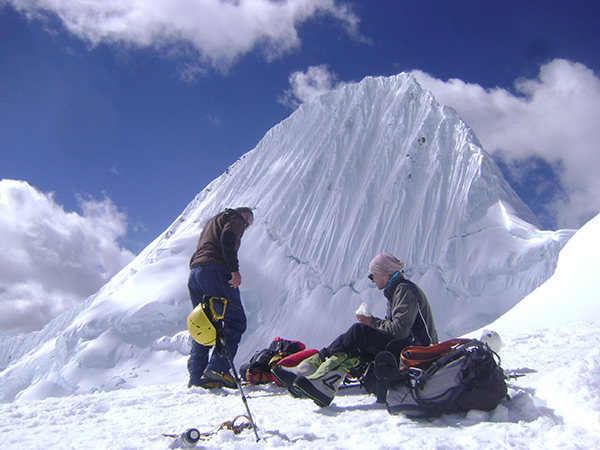